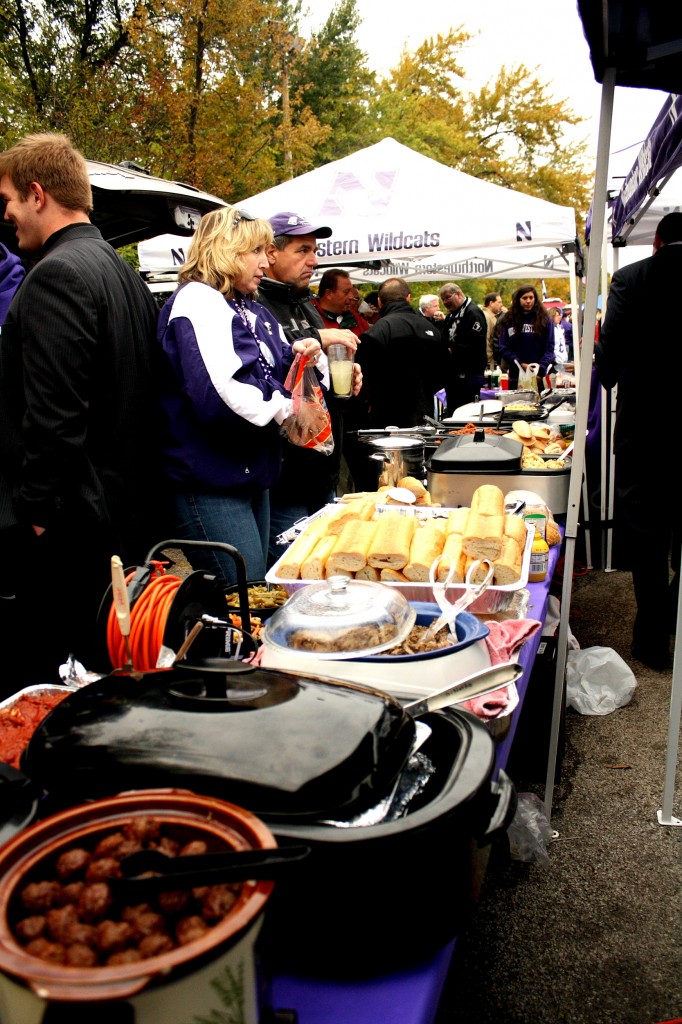 This Saturday we enjoyed some good, old-fashioned tailgating and college-football fun courtesy of Greg and his parents Patsy and Greg Sr. The little Pace, John Henry, is the starting long snapper for Northwestern and they happened to be playing Dave’s alma mater, Miami of Ohio. As usual, I’m a little more focused on the food than the football—although I should mention that Northwestern won.

The families of Northwestern players take their tailgating very seriously. I’ve never seen anything like it. There are hours of pre- and post-game tailgating, full of food, booze and tricked-out tailgating trucks complete with huge flat-screen TVs and grills.

First I enjoyed a breakfast fit for Northwestern’s trained and disciplined athletic champions: 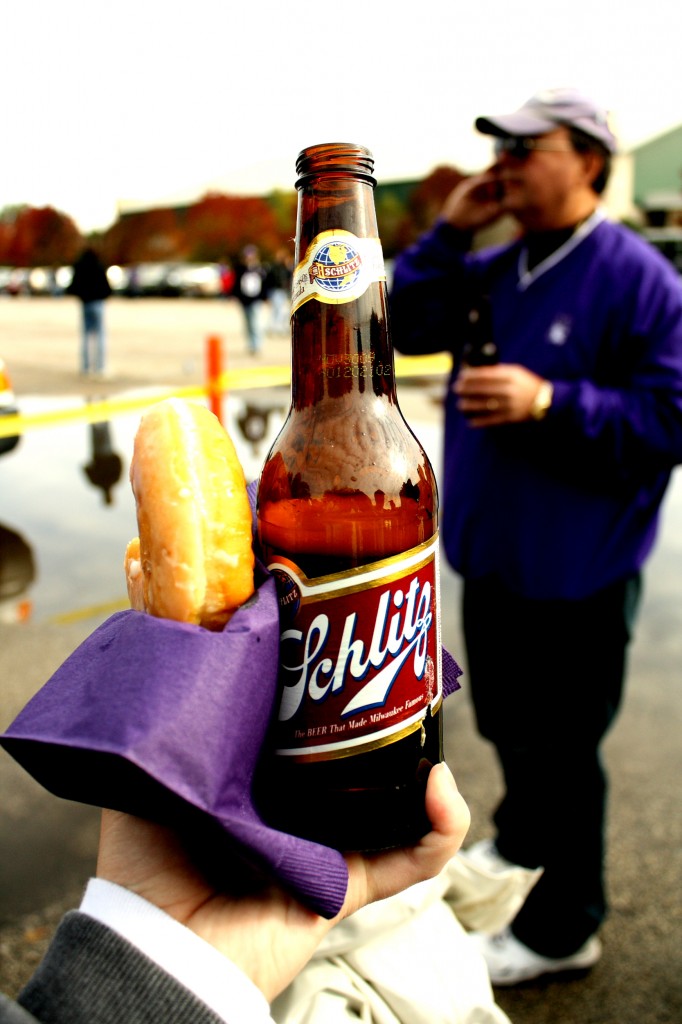 As many of you know, you can’t buy beer at college games, so you gotta go all out before the game. And since this isn’t the Pace’s first rodeo, they keep a well-stocked cooler of Schlitz.

For those of you who turn your noses up at malt liquor—too good for Schlitz, are you?—Patsy’s got the cure. How about some white or red wine with that cinnamon roll and egg-sausage bake? 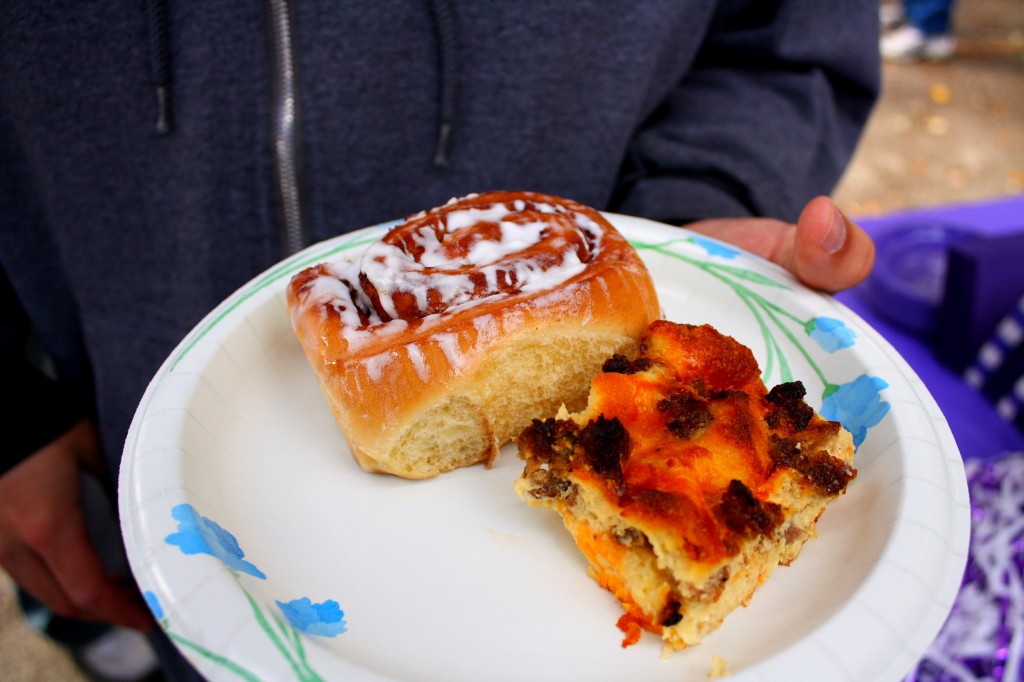 And then there’s the bloody mary bar … 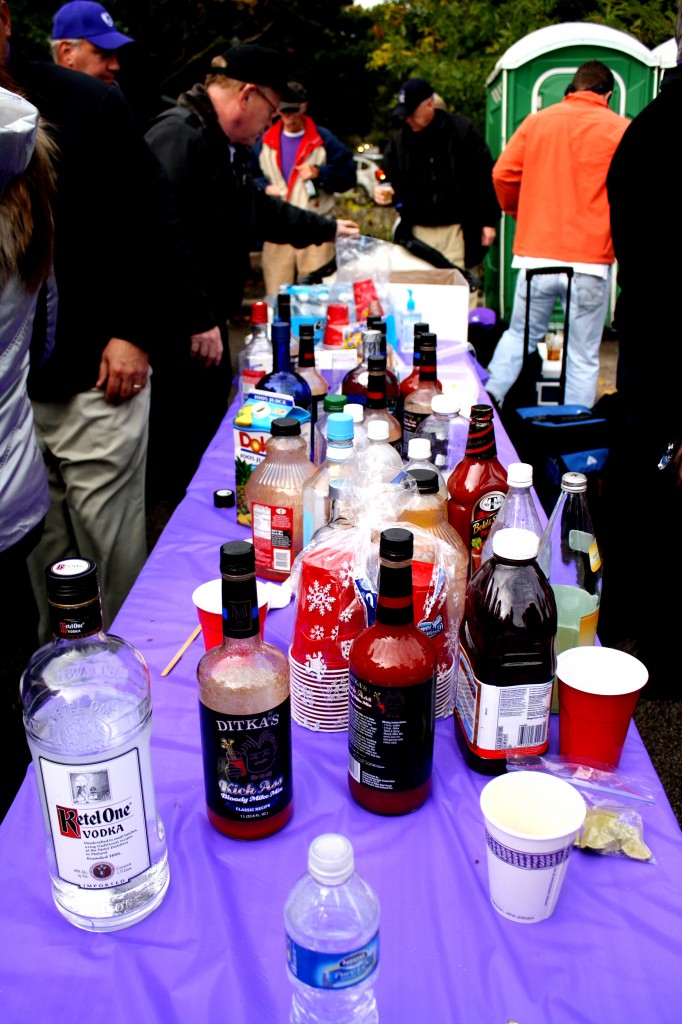 Didn’t know Ditka made bloody mary mix, did ya? Well he DOES.

Anyway, I had a great time. Mostly because I immensely enjoy Patsy Pace.We share a deep connection, you see … we’re both serious food pushers. Plus, she’s the life of the party and the sweetest lady ever. Every time I turned around she was saying “You gotta try this!” and putting something delicious in my mouth—gouda-filled chicken apple sausage, imported lemon Italian ice, purple frosted chocolate cupcakes, soft pretzels with cheese dip. While others resisted, I happily went with the flow and enjoyed every minute. 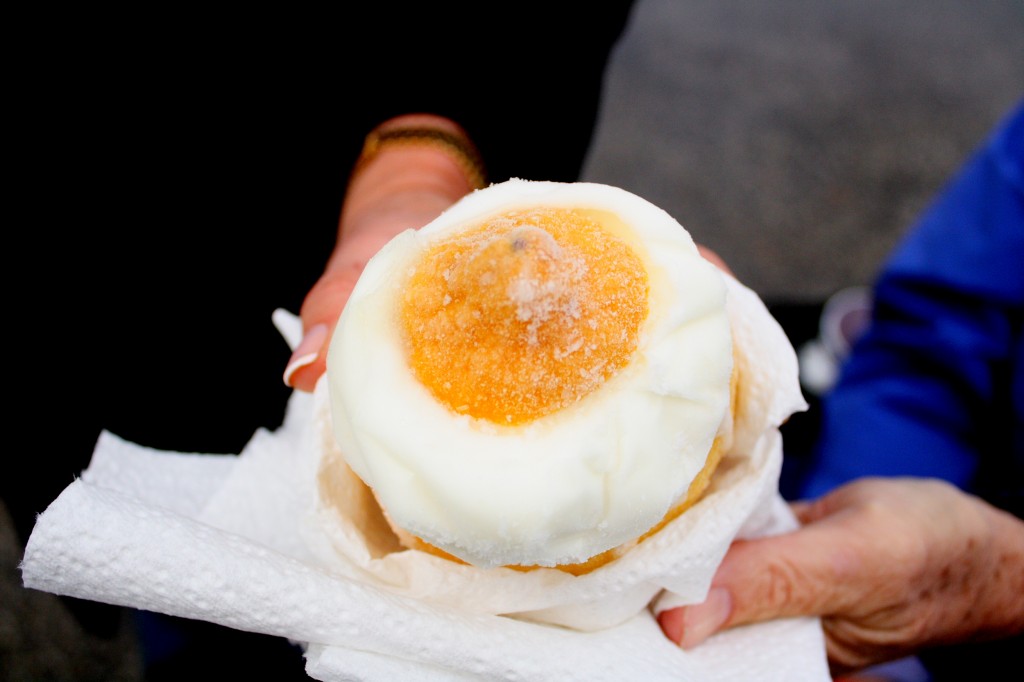 Here she is with Greg. 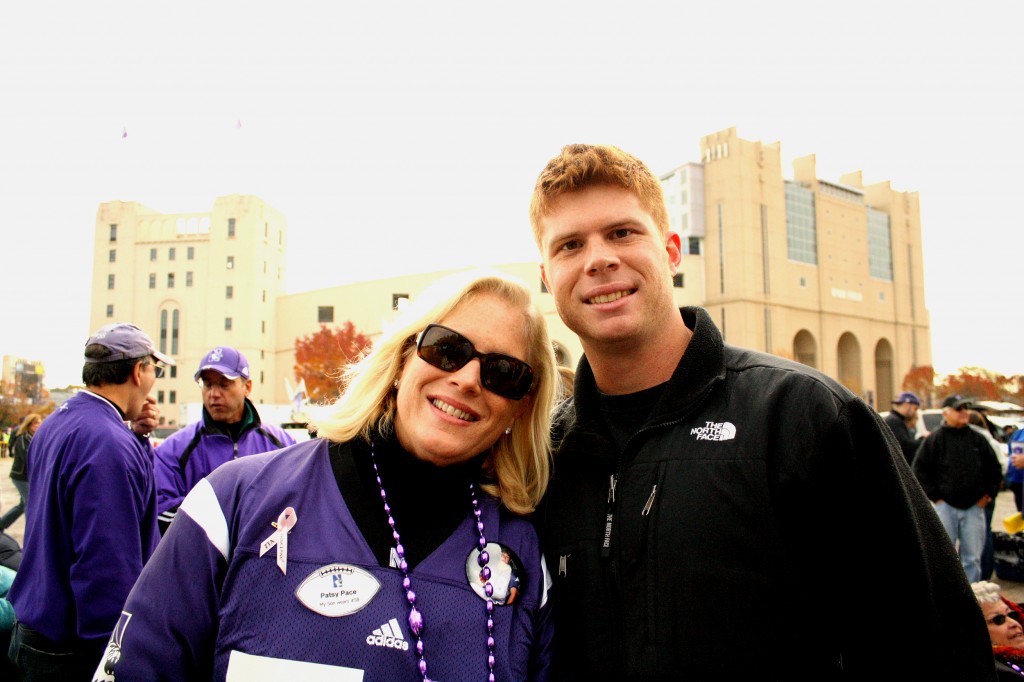 After the game, the players get first pickings of the RIDICULOUS spread, and then everyone else goes at it. I was slightly embarrassed by my tiny little loaf of jalapeno cornbread, which was dwarfed by the gigantic buffet trays of fried chicken, meatballs, Italian beef, mac ‘n’ cheese, coleslaw, pasta, lasagna, salad and much, much more. 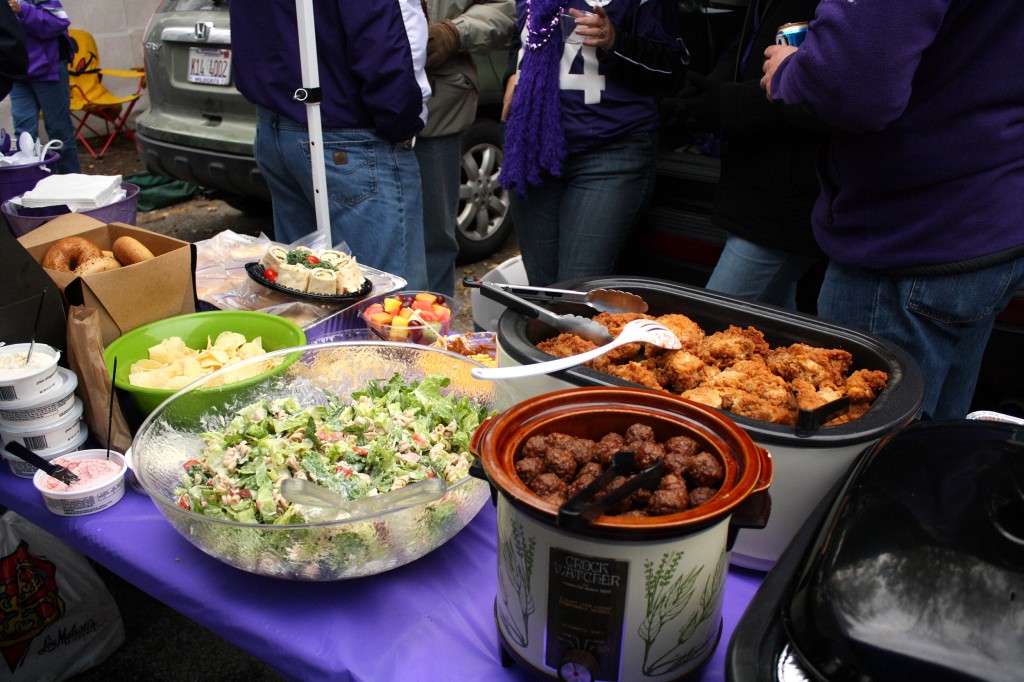 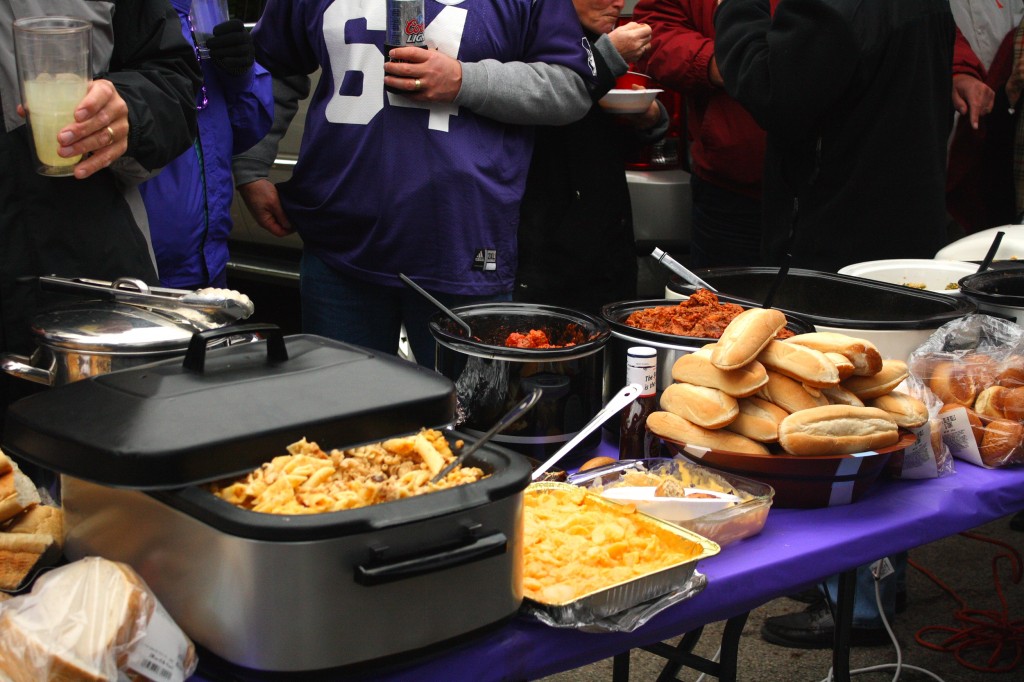 And to top it all off, a cameo by Patsy’s Special K bars. 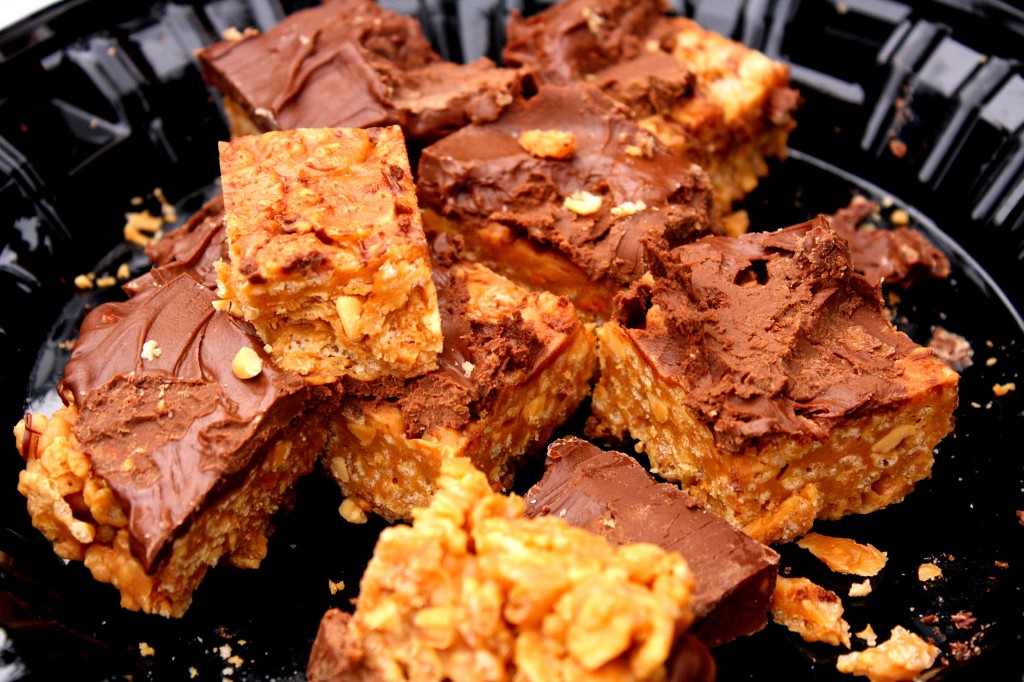 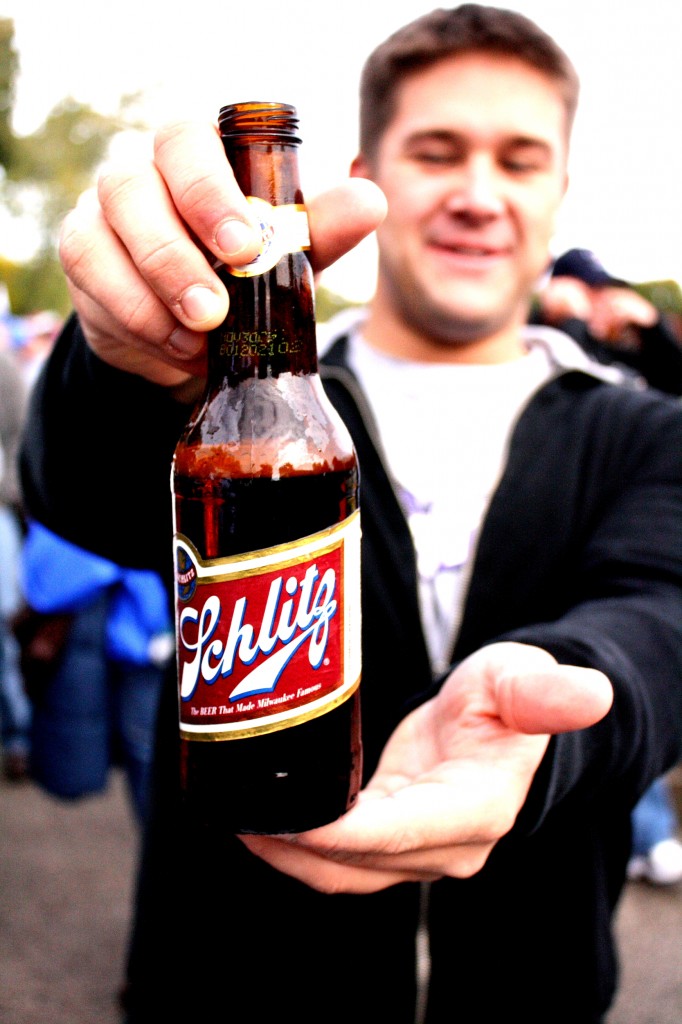