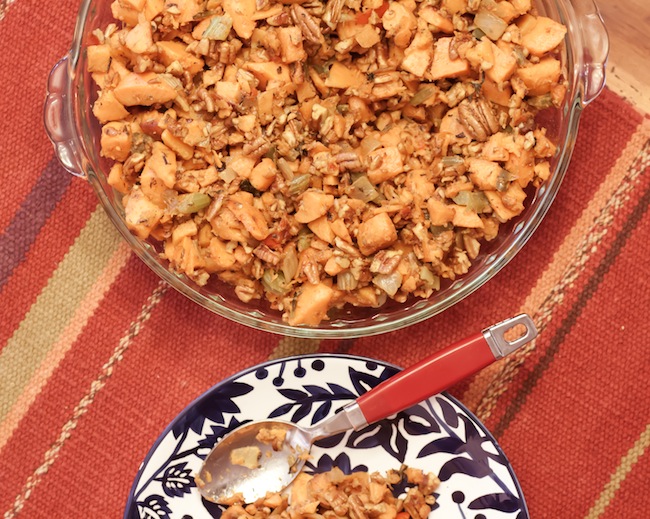 As always, Thanksgiving in Tucson was full of friends, family, fun and food comas—lots of them. While I’m the last person to let dietary restrictions rain on my pig-out parade, I felt inclined to make a gluten-free dish for my dear nana (A thinly veiled attempt to become the favorite grandchild? Maybe). The resulting creation was a sweet potato “stuffing” inspired by a work potluck dish a la creative director of the century, David (A thinly veiled attempt at a raise? Maybe.). This stuff is FANTASTIC—even if you aren’t foregoing gluten. While it won’t replace the good-old Pepperidge-Farm-stuffing-in-a-bag variety my family loves so much, it’s definitely a holiday side worth adding to your rotation. Plus, it’s ridiculously healthy—almost too much so for this butter-loving blogger.

1 tbsp. thyme (fresh is better but dried will do—same goes for all herbs)

Salt and pepper to taste

Toast crushed pecans in a skillet over medium-high heat for about 2-3 minutes. Set aside.

Cook peppers in skillet with 2 tbsp. butter over medium-high heat for a few minutes. Add onions and celery and cook until tender. Set aside.

Cook chopped sweet potatoes in the same skillet with remaining butter over medium-high heat. Stir occasionally, but let the sweet potatoes sit long enough to start to develop a little bit of a caramelized, crispy skin. Cook for several minutes until sweet potatoes are tender.

Mix potatoes, vegetables, spices, herbs and pecans together until incorporated and spoon into a casserole dish. Finish off in a 375-degree oven for 10 minutes before serving. 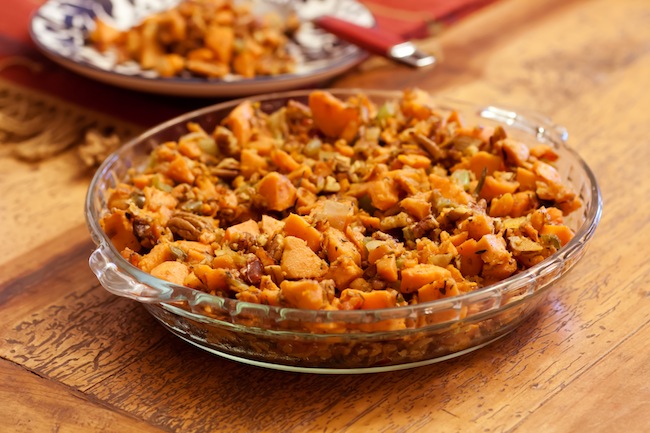 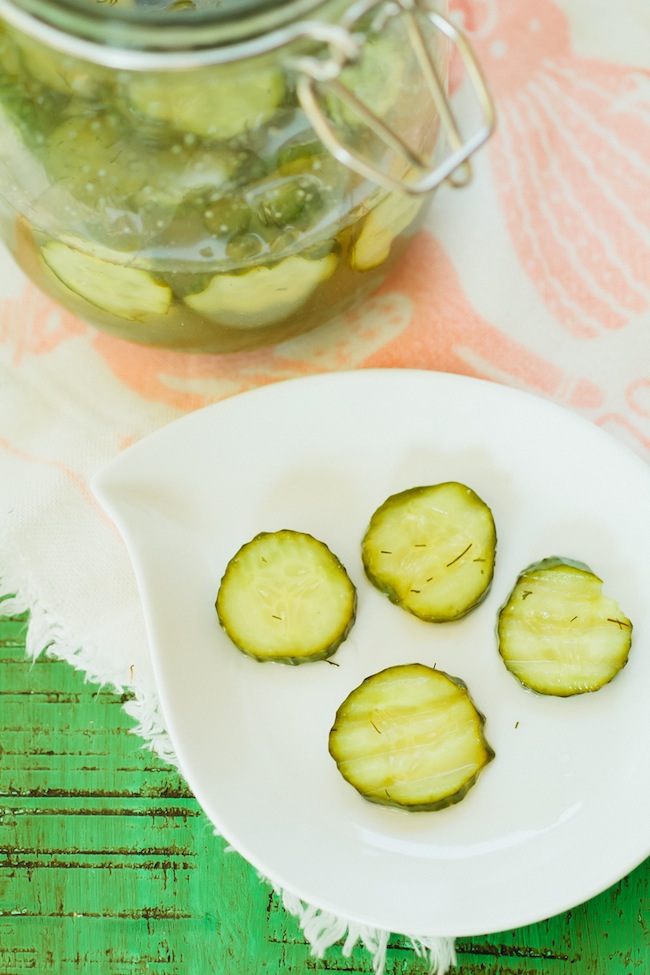 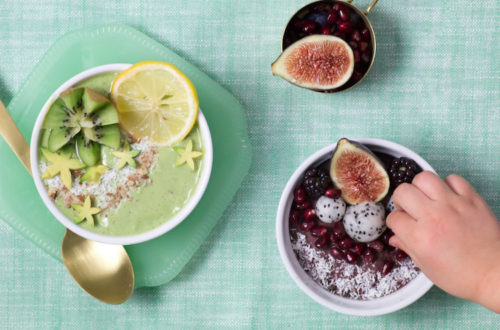 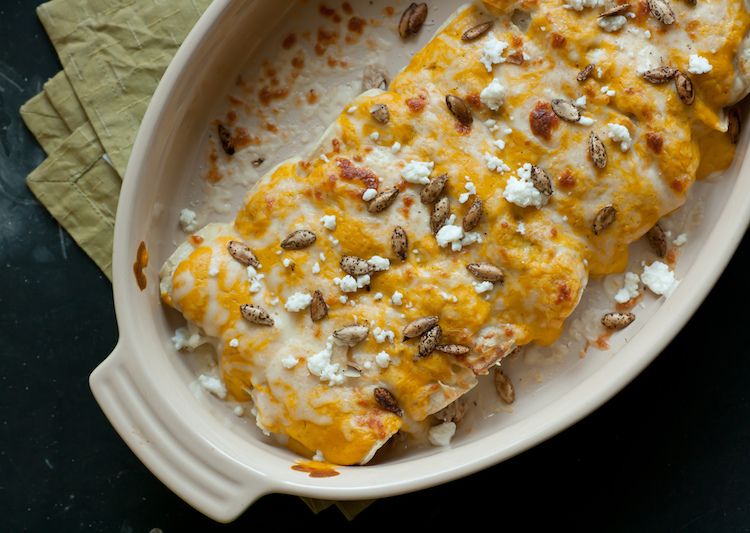